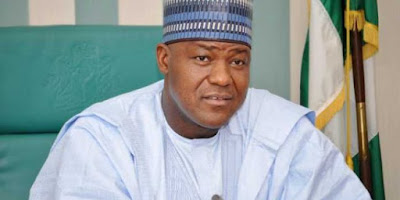 ‎The outgoing Speaker of the 8th house of representative Yakubu Dogara has berated news making rounds that he is re-contesting for the Speakership of the green chamber.

Speaking in a statement signed by his Special Adviser on media and publicity affairs Turaki Hassan, Dogara maintained that the news is being circulated by enemies of progress who wants to create confusion.

“We wish to distance the Speaker from the fake news being pushed and circulated by mischief makers and enemies of progress who want to create confusion in order to benefit and feast on it.

“The Speaker has always spoken for himself and would not be engaged in childish hide and seek games.


When he contested in 2015 he openly sought for support and openly canvassed for votes and there is nothing stopping him from doing so now if that were the case.

“We have official channels of communication and we have not issued any statement to that effect.

“We urge members of the public to totally disregard the fake news being published about the Speaker”.

Posted by Dayoung on Sunday, 2 June 2019 - Rating: 4.8
Title : Ninth House: I'm not contesting for Speakership – Dogara
Description : ‎The outgoing Speaker of the 8th house of representative Yakubu Dogara has berated news making rounds that he is re-contesting for the Spe...

0 Response to "Ninth House: I'm not contesting for Speakership – Dogara"