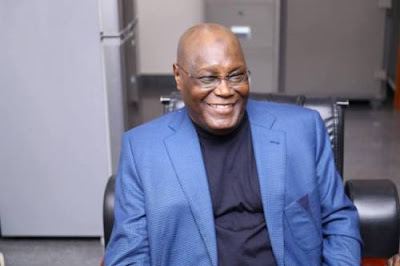 The Presidential Election Petitions Tribunal on Tuesday fixed Thursday for the hearing of the application for access to the Independent National Electoral Commission’s electronic server filed by the Peoples Democratic Party and its presidential candidate, Atiku Abubakar.

But INEC had asked the tribunal to strike out Atiku and his party’s petition challenging President Muhammadu Buhari’s victory in the February 23 presidential election for their failure to include Vice-President Yemi Osinbajo in the petition.

Buhari and his party, the All Progressives Congress, are the respondents.

The five-man tribunal headed by Justice Mohammed Garba also on Tuesday reserved judgment on the nine applications they heard regarding the petition filed by Atiku and his party challenging Buhari’s win.

Justices Abdul Aboki, Joseph Ikyegh, Samuel Oseji and Peter Ige are other members of the tribunal.

But Atiku and the PDP in their petition on March 18 contended that “from the data” obtained from INEC’s server, “the true, actual and correct results” showed that they polled 18,356,732 votes to defeat Buhari, who they said scored 16,741,430 votes.

However, in its reply on April 10 to counter Atiku and his party’s petition, INEC urged the tribunal to dismiss the petition, insisting that their claims were false.

Counsel for the electoral body, Yunus Usman (SAN), said they collated the results of the election manually and never transmitted them electronically.

Usman added that INEC did not keep any server where the results of the polls could have been transmitted electronically and stored as alleged by the petitioners.

But the petitioners in their application filed on May 8, maintained that INEC kept “central servers” in which “information was recorded and stored in database packets relating to the accreditation of voters and transmission of results from the presidential election.”

They sought to be permitted to inspect the said servers and the card readers used for the conduct of the polls, examine and analyse the information obtained from them.

They also prayed for the tribunal’s permission to file a report of their inspection, examination and analysis of the content of the facilities.

The applicants filed 13 grounds to back their application and their claims.

The petitioners stated, “The 1st respondent, as the body constitutionally and statutorily vested with the responsibility to conduct and manage the presidential election, set up electronic data central servers for the purpose of storage of transmitted accreditation data and results from the smart card readers deployed for the election in an apparent bid to ensure relative transparency of the process.”

Maintaining that INEC deployed the servers during the polls, they said “the results of the elections were electronically transmitted to the 1st respondent’s central server.”

They also said, “It will work tremendous hardship and grave injustice to refuse access to the contents of the central server that will assist the honourable court in the just consideration and determination of the issues involved in this matter or to allow a party suppress or withhold access thereto.”

The application, along with another one filed on May 5, will be heard by the tribunal on June 13.

Meanwhile, a total of 11 applications were mentioned but two of them were withdrawn while nine of them were heard and reserved for rulings.

The first was the one the commission filed on May 5, 2019, asking the tribunal to “strike out the petition dated March 18, 2019 for the failure of the petitioners to join Vice-President Yemi Osinbajo, a co-winner of the election, as a respondent.”

He urged the tribunal to dismiss it “in order to help INEC to maintain its neutrality”.

INEC’s lawyer also moved another application filed on April 25, asking for the striking out of some portions of the petition and eventually the entire petition.

He also moved another one filed on April 24, asking the tribunal to strike out the petitioners’ reply to INEC’s reply to the petition.

The applications were opposed by the petitioners’ lawyer.

Buhari’s lawyer, Chief Wole Olanipekun (SAN), moved three applications, the first filed on May 14, and sought some amendments to his reply to the petition.

Olanipekun sought, among others, an order permitting him to reflect on his reply to the petition his service address sought to amend.

He also moved another application filed on May 14 asking the tribunal to strike out or dismiss the petition “for being fundamentally defective vesting no jurisdiction of the court”.

The APC, through its lawyer, Lateef Fagbemi (SAN), had filed three applications but one of them, which was filed on May 14, was withdrawn by him and was subsequently struck out by the tribunal on Tuesday.

Another application by the party was filed on May 14, seeking the same prayers as the ones contained in the one withdrawn.

While moving the application, Fagbemi said the petitioners had captioned their reply to a motion filed on May 24, when the motion they meant to reply to was filed on May 14.

This, he argued, implied that there was no reply to his client’s application.

But responding, Ozoukwu said the wrong reference was a clerical error as his client’s counter-affidavit, in context, referred to the May 14 motion.

He sought and obtained the tribunal’s permission to correct the date in the title of the counter-affidavit.

But the tribunal reiterated that the correction was only limited to the title and not extended to any other part of the counter-affidavit.

Moving another application filed on his behalf of his client on May 15, Fagbemi said the petitioners had filed a preliminary objection in opposition to the application instead instead of a counter-affidavit as provided under section 47 (4) of the Electoral Act.

This, he said, implied that the motion was unchallenged and should be granted by the tribunal.

But Ozoukwu noted that both the application withdrawn and the one adopted were filed on the same day seeking the same prayers.

He said had responded to one by filing a counter-affidavit and filed a notice of preliminary object against the other one because it constituted an abuse of court process.

He urged the tribunal not to allow Fagbemi to benefit from the situation he created for the petitioners.

The tribunal held that the petitioners had waived their right to file their counter-affidavit within seven days as prescribed and had failed to file any application for extension of time within which to file it.

Posted by Dayoung on Tuesday, 11 June 2019 - Rating: 4.8
Title : Tribunal hears Atiku’s motion to access INEC’s server tomorrow
Description : The Presidential Election Petitions Tribunal on Tuesday fixed Thursday for the hearing of the application for access to the Independent N...