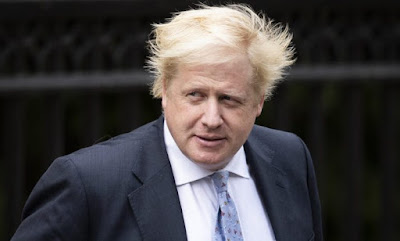 US President Donald Trump has again waded into British domestic politics, giving his opinion on who he thinks would be a good successor to current Prime Minister Theresa May, who is set to resign on June 7.

“I have actually studied it very hard. I know the different players,” he told the newsmen in an interview published late on Friday.

“But I think Boris would do a good job,” he said, referring to New York-born former London Mayor Boris Johnson, who also served as British foreign secretary. “I think he would be excellent.”

Trump told the newsmen that his endorsement had also been sought by other candidates for the position and that his good opinion would vastly raise any candidate’s chance of being chosen.


“I don’t want to say who but other people have asked me for endorsements, yes,” he said. “I could help anybody if I endorse them. I mean, we’ve had endorsements where they have gone up for forty, fifty points at a shot.”

As in an interview before his first official visit to Britain last year, the US leader once more criticized the present prime minister, saying May had failed to assert British interests enough in negotiations to leave the European Union.

Posted by Dayoung on Sunday, 2 June 2019 - Rating: 4.8
Title : US President Trump backs Boris Johnson as next British prime minister
Description : US President Donald Trump has again waded into British domestic politics, giving his opinion on who he thinks would be a good successor to...