You can’t get federal projects without lobbying – Nigerian Senator 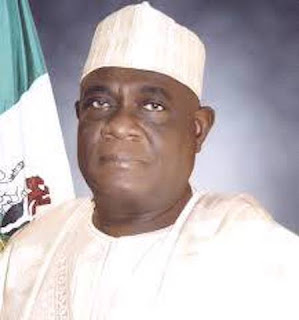 The representative of Plateau South in the Senate, Ambassador Ignatius Longjan, has said constituents should blame their representatives for lack of federal projects in their areas, because they failed to lobby for them.

The former Deputy Governor of Plateau State spoke with journalists in Jos after his meeting with All Progressives Congress leaders from the six councils in his zone.


Longjan said, “I have called a meeting to discuss with my people and appreciate them for their sacrifices during the election and also to get their input into what is to be done in the constituency. From my experience in the past few months in the National Assembly, I have come to realise that you can’t get anything done in your state in terms of federal projects without lobbying for them.”

The lawmaker said, “It is true that Governor Simon Lalong has been very loyal to the head of the Federal Government and a lot of things have been requested. The governor has been asking for the reconstruction of the federal road from Jos to Abuja through Akwanga because the road is completely dead. He has also made efforts to get the attention of the Federal Government on the Manchok Road, Saminaka-Kaduna road, upgrade of Jos airport, among others.

Posted by Dayoung on Friday, 9 August 2019 - Rating: 4.8
Title : You can’t get federal projects without lobbying – Nigerian Senator
Description : The representative of Plateau South in the Senate, Ambassador Ignatius Longjan, has said constituents should blame their representatives ...