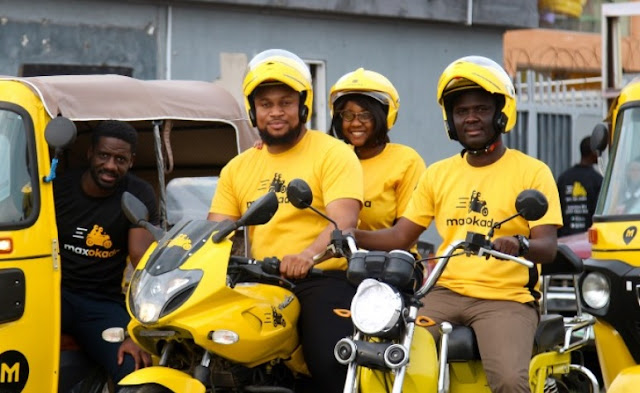 Two private companies providing motorcycle hailing services in Lagos State have described as insensitive the decision of the state government to ban motorcycles in 15 local government areas of the state.

The companies, MAX.ng and Gokada, said while investments running into millions of dollars would be lost, thousands of people would be jobless.

The firms, while insisting that they were not consulted before the decision was taken, expressed shock that the state could put them in the same group with regular motorcycle riders.

The Chief Executive Officer and co-founder of MAX, Adetayo Bamiduro, during a briefing at the company’s office at Ikeja on Wednesday, said despite making two million trips, the company’s riders had recorded “less than 100 incidents.”


He stressed that less than seven were serious and required hospital visits, adding that till date, the company had zero fatalities.

Bamiduro explained that the company’s motorcycle engines were all 220cc, a 10 per cent increase above the requirements of the Lagos State Transport Sector Reform Law 2018.

He said, “We are also fully compliant with the requirement of the law prohibiting the operation of motorcycles without rider and passenger helmets, carrying more than one passenger, comprehensive insurance, in addition to other safety-related violations.

“This blanket directive extending the ban to commercial ride-hailing operators is therefore not in accordance with the extant law which guides us as a legal business.

“To keep them safe physically and mentally, our drivers are provided with smart phones, accident insurance, two helmets, branded clothing and first aid equipment. Both drivers and passengers have accident insurance and the drivers, in addition, have functional HMOs.

“In recent past, government has consistently represented that it intends to regulate the motorcycle-hailing industry and actively encouraged the operators to invest millions of dollars in asset acquisition, technology and manpower; and suddenly, and without prior consultations, proceed to place a ban which does not accord with the law.

“This is essentially aimed at disenfranchising technology-based mobility startups and an open admission that the government is not ready for investment, does not care about the livelihood of citizens and would instead of tackling the issues headlong, adopt a totalitarian approach.”

He insisted that the company was paying taxes to the government as riders also paid levies to the National Union of Road Transport Workers as directed by the state.

Bamiduro said reputable international companies, including Novastar Ventures, Alitheia Capital, Breakthrough Energy Ventures, Yamaha and Master Card, had invested a lot of money into the business and would be worried by the government’s decision.

He said MAX would explore all lawful means to address the situation.

The Pilot Operational Manager of Gokada, Victor Daminabo, said his company had over 20,000 rides with no fatalities.

Daminabo said all the riders were being tracked in real time, adding that they were not affected by the safety and security concerns raised by the state government.

He said Lagos State ought to explore the technologies the companies were adopting instead of making decisions that could have serious social implications.

The manager urged the government to commence regularisation of the sub-sector as against outright ban.