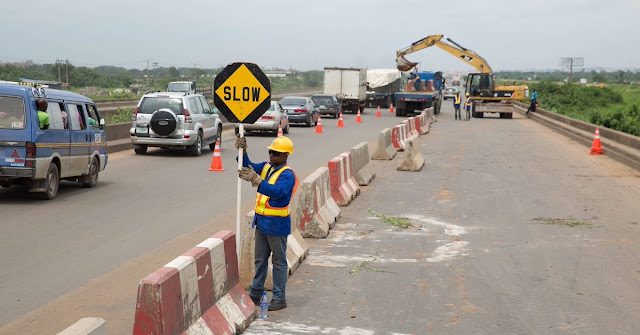 Federal Government, yesterday, said more buildings are to give way for the construction of an interchange and flyovers on the Lagos-Ibadan Expressway. Federal Director of Highways, South-West, Engr. Funsho Adebiyi, who made the disclosure during the tour of the ongoing federal government projects in the zone, however, assured of adequate compensation to owners of the affected buildings.

According to Adebiyi, 75 buildings had initially been earmarked for demolition at a meeting among the Federal Government, religious and community leaders around Redemption Camp to enable the the projects to be executed smoothly. But the director of highway said with the scope of work to be done on the construction of the three projects, more houses have to go.

Specifically, the interchange would be located at Lotto area of the expressway, the first flyover will be at Mountain of Fire and Miracles Camp Ground while the second flyover will be at Redemption Camp. Adebiyi noted that the Federal Ministry of Works and Housing is already working with consultants for the purpose, while there are ongoing negotiations with traditional, community and religious leaders within the axis for amicable settlement.

He therefore appealed to communities along the Lotto axis, where the interchange will be located to cooperate with the contractors to ensure smooth and timely completion of the project, stressing that the interchange is to allow easier connection from the ongoing dual carriageway that is coming from Abeokuta to connect Lagos-Ibadan Expressway.

Expressing contentment with the quality and pace of work on the Trunk A portion of the Lagos-Ibadan Expressway by the contractors, he urged motorists to bear with the ministry for the discomfort on the road, assuring the determination of the government to deliver the project on time. He stressed that works on section A of the 43 Kilometre-road stretching from Ojota to Sagamu interchange has reached 41per cent completion.

In his remarks, the Federal Controller of Works, Lagos, Engr. Adedamola Kuti, assured that the February 2020 completion date of the Kara section of the road is sacrosanct as the contractors are capitalising on the clement weather to speed up works on the axis.

Posted by Dayoung on Tuesday, 28 January 2020 - Rating: 4.8
Title : Reasons why we need to demolish several houses along Lagos-Ibadan Expressway - FG
Description : Federal Government, yesterday, said more buildings are to give way for the construction of an interchange and flyovers on the Lagos-Ibadan...