Why we can’t relax ban on religious gathering now – Makinde 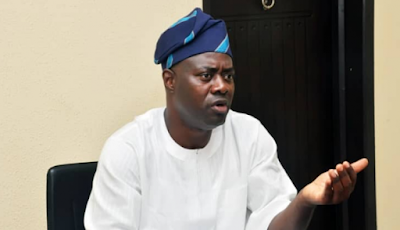 Gov. Seyi Makinde of Oyo State says ban on religious gathering in the state can not be relaxed now due to advice from medical experts that COVID-19 transmission occurs more easily in enclosed places.

Makinde made the explanation  on Monday during the briefing by the state Task Force on COVID-19, at the Government House, Agodi, Ibadan.

The governor said that he had received request from some religious leaders to relax the ban so that religious services could hold.

“Experts’ advice is that we can not, at this point in time, relax the directive.


“However, they (experts) are carrying out a situation analysis and will be sending in their reports before the end of May.

” This will determine our next step,” he said.

On the confirmation of 38 COVID-19 cases in an organisation in Ibadan in the last two days, Makinde said the task force withheld the name of the organisation so as to allow the Emergency Operations Centre to gather intelligence and complete investigation.

He said the identity of the organisation would be revealed on Tuesday, “so that those who had visited the company recently will be able to present themselves for testing”.

On management of COVID-19 cases, Makinde said the task force would continue to allow confirmed cases who were isolating at home to do so, in order not to overrun the capacity of isolation centres.

He said the task force would, however, keep tracking those self-isolating through the use of technology, to prevent  spread.

He further said that the task force would ensure that the state isolation centres would be available for those who would  need hospitalisation.

The News Agency of Nigeria (NAN) reports that 11 new cases reported on Sunday night brought the total number of COVID-19 confirmed in the state to 118.