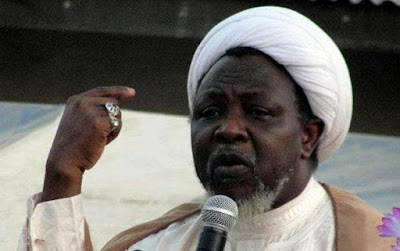 Members of the Islamic Movement in Nigeria (Shiite Islamic sect) on Wednesday staged a peaceful protest in Kano State condemning the incessant killings in the country, especially in the northern part of the country.

The protesters, who marched from Emir’s palace through Mandawari Sabon Titi street also called for the immediate and unconditional release of their leader, Sheik Ibrahim El-Zakzaky.

One of the organisers, Aliyu Kabara said the movement condemned the continuous killing of innocent citizens who by extension are Muslims.

“We are out to protest the continuous illegal detention of the our leader, Shaikh Ibrahim Zakzaky and his wife, Malama Zeenat Ibrahim.

“We also condemn the continuous killings of innocent citizens, who are Muslims in northern part of the country especially in Zamfara, Katsina and other states.

He called for the immediate release of Zakzaky since according to him, the court had ordered his release and compensation.

Meanwhile, the Federal High Court in Abuja, on Wednesday, fixed June 29 for judgmemt in separate suits filed by relatives of three members of Shi’ites, by officers of the Nigeria Police.

The judge however fixed June 30 for hearing in another suit filed by a relative of another IMN member who allegedly died in an attack by the police.

The plaintiffs, Ibrahim Abdullahi, Ahmad Musa, Yusuf Faska and Said Haruna, who were said to be the brothers of the deceased, each asked for N100m as damages for the violation of their deceased relatives’ right to life.