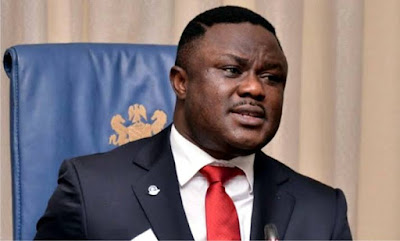 Following the expiration of the ultimatum issued by Nigeria Labour Congress, NLC,  in Cross River State, workers in the state, yesterday, commenced an indefinite industrial action as directed by the leadership of the state Union over welfare-related issues, among others.

It was gathered that many civil servants in the state refused to show up at the various MDAs in compliance with NLC directives despite warnings by the state government and the Trade Union Congress, TUC, stressing that the strike was ill-timed and uncalled for because it was allegedly in bad faith.

Recall that there was a stalemate weekend over the strike, when the TUC said it was pulling out from it, and warned its members against taking part, saying the timing was wrong due to the coronavirus pandemic.

It was observed that government offices at both the new and old State Secretariat were deserted except for few senior civil servants who, reports say, are members of TUC.


When contacted, the NLC Chairman in the state, Mr Ben Ukpepi told Vanguard on a telephone chat that the strike was ‘total and successful.

His words: “The strike is total and successful. However, some TUC members are senior civil servants who opened their offices but they cannot do without NLC members who are at home, complying with the strike order.

“Even some TUC members are also complying because the TUC withdrawal from the strike was only at the leadership level. As everyone knows, we are not fighting for ourselves but for workers whose, rights and privileges have been taken away. The strike will continue until the government is ready to meet our demands.”