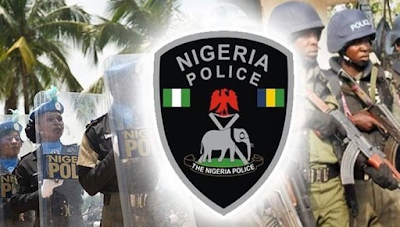 Victoria Ogunsomi, 58, and Shafe Abayomi were detained last week after the operatives uncovered two wells filled with petrol suspected to have been siphoned from the Nigerian National Petroleum Corporation (NNPC) pipeline near their homes at Surprise Avenue, Ejigbo, Lagos.

It was gathered that the operatives were tipped off about vandals siphoning PMS into the 75ft wells located a few metres away from the pipelines where they connected it to waiting tankers and jerry cans for commercial purposes.

The operatives, upon arrival in the community, located the wells at No 2, and 4 Surprise Avenue and apprehended them.


It was learnt that at Ogunsomi’s residence, the police found kegs of petrol but Abayomi was said to have smartly dismantled the pipes and pumping machine from the pipeline before the cops arrived.

A source said residents have been tapping petroleum products from NNPC pipeline located close to their area.

“The source said that these people have wells with underground pipes connected to the NNPC pipeline within the area and whenever the NNPC is transporting it products along that pipeline, their products usually surge into those wells and they are swiftly pumped into tanker trucks by owners of the wells.

“The source told us that the big trucks normally come by night to carry the products. When we acted on the information, we stormed the buildings and found the wells with pipes and pumps in it and the stench of fuel was everywhere.”