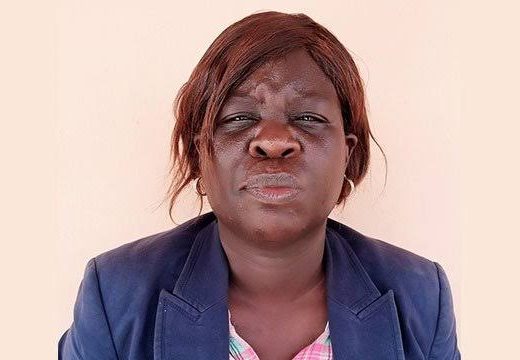 A former employee of First Bank of Nigeria Limited, Oreoluwa Adesakin, has been handed a cumulative 98 years in prison on Monday.

She was said to have converted the sums to her personal use.


The convict was prosecuted by the Ibadan zonal office of the Economic and Financial Crimes Commission and convicted on 14 counts bordering on stealing, forgery and fraudulent accounting.

One of the charges read, “That you, Oreoluwa Adesakin, sometime between the months of May, 2013 and November 2013, at Ibadan within the Ibadan Judicial Division, whilst being a staff member of First Bank Plc, stole the sum of N25,974,116.13 from First Bank Plc MoneyGram payment naira account, property of First bank Plc.”

She, however, pleaded not guilty to the charges, which necessitated her trial.

Justice Muniru Olagunju of the Oyo State High Court noted that the EFCC’s evidence against the convict was clear and showed that the agency did a diligent investigation on the case.

The judge pronounced Adesakin guilty of all the charges and sentenced her to seven years in prison without an option of fine on each of the 14 counts. The jail terms are to run concurrently.

The convict is also to pay restitution of the money she stole to First Bank through the EFCC.

The convict was arraigned on April 4, 2014, by the EFCC following the conclusion of investigation into a petition dated December 18, 2013, which was written by her former employer.

The bank alleged in the petition that Adesakin, as its money transfer operator saddled with the responsibility of effecting payment through Western Union Money Transfer and MoneyGram platforms, fraudulently manipulated the accounting system and withdrew the sums of N49,320,652.32 and $368,203 for herself, which it uncovered while reviewing its internal account.

The EFCC also established the fact that the convict used part of the proceeds of her crime to acquire landed property in different parts of Oyo State.

The court further ordered that Onyekachi, Victor and Ifeanyi should return the sums of $2,000, $3,000 and $200, respectively to their victims through the prosecution and should forfeit the instruments used to commit the crime, including their phones, laptops and cars to the Federal Government.

The Head, Media and Publicity, EFCC, Wilson Uwujaren, in a statement on Tuesday, said the 14 convicts admitted to the crime and made confessional statements to the agency, adding that forensic analysis of their phones and laptops revealed that while some of them specialised in love scams, others impersonated military personnel of the United States purportedly on a foreign mission and needed financial help as they could not access their funds.

Uwajaren added that the convicts made their victims give them gift cards, which they changed to Bitcoin and then to naira.