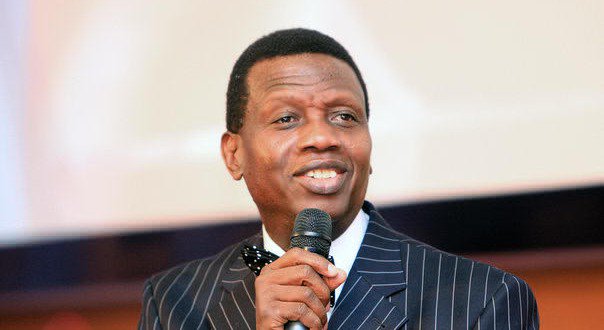 General Overseer, Redeemed Christian Church of God, RCCG, Pastor Enoch Adeboye has revealed reason he does not say a word when people criticise him for planting too many churches.

Adeboye, in a sermon said opening many churches would give opportunities to people who were sitting idle in big churches to become pastors and do great things for God.

“I thank God for RCCG, l don’t say a word when people criticise us for planting so many churches because in the process of planting so many churches, people who may have been in one big church doing nothing but listening to sermons (paying offerings), become pastors themselves because they became enabled by God to cast out devils or heal the sick.

“Many of them would not have discovered their purpose in life. I am praying for those who will be promoted today, that they will remember to help others fulfill their destinies,” he said,

The man of God, who spoke on “The Wonders of Divine Promotion,”

He said whenever God promoted people, He did so for them to be blessings to others, citing the examples of Moses, David and Joseph who impacted in people’s lives after God promoted them.

“I am praying for those of you who will be promoted today as a result of this sermon, that from now on, when you decree that a curse is broken, it shall be broken. I am praying that when God will promote you today, all the needs of those who will come to you for prayers will be met in Jesus name.

“If God promotes you, you can decree the future of your nation. As the Lord lives, a day is coming when you will travel as a Nigerian and people see your passport, they will all want to touch you because they will realise that the headquarters of the Almighty God is Nigeria.

“If you don’t believe my prophecy, it is no problem, just keep your belief to yourself. Sooner or later, the Earth shall be filled with the glory of the Almighty God,” he stated.

Posted by Dayoung on Monday, 28 September 2020 - Rating: 4.8
Title : Reasons why I don’t respond when people criticise me for planting many churches – Adeboye
Description : General Overseer, Redeemed Christian Church of God, RCCG, Pastor Enoch Adeboye has revealed reason he does not say a word when people crit...