REVEALED: How soldiers, policemen were killed in Borno governor's convoy 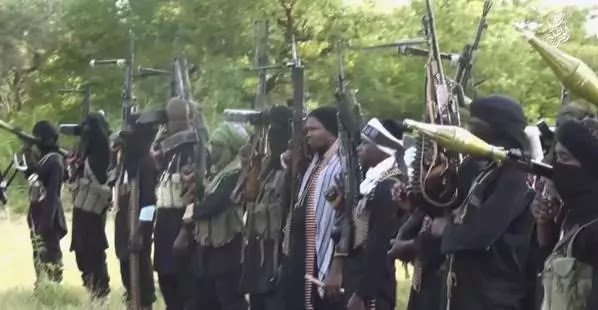 The Army on Sunday recounted how four soldiers and 10 policemen were killed in an ambush on Borno State Governor Babagana Zulum’s convoy.

It said four civilians were also killed in the ambush by Boko Haram and Islamic State (ISWAP) attackers in Barwati village on Baga route Friday.

This contradicts the 30 casualty figures given by unofficial sources at the weekend. The report said many were injured.

Zulum was not in the convoy during the attack, which has been condemned by Nigerians, including President Muhammadu Buhari.

A military source said the bodies of the four soldiers were found in a bush more than 24 hours after the incident. The source claimed that the whereabouts of another soldier was unknown as of Sunday.

Zulum, Inspector-General of Police Mohammed Adamu, the Peoples Democratic Party (PDP), and the Progressives Governors Forum(PGF) and former Governor Peter Obi, in separate statements also condemned the attack but hailed the efforts of the military towards the restoration of peace to the state and the entire Northeast.

Zulum, said in spite of the “unfortunate” incident, he was “confident that peace will return to Borno State, the Northeast and Nigeria.’’

The Army, according to the statement by the Coordinator, Defence Media Operations, Maj.-Gen. John Enenche, said: “The convoy of the Borno State Civilians Relocation Committee comprising Armed Forces of Nigeria, Nigeria Police Force and Civilian Joint Task Force was ambushed by members of the BHT/ISWAP at Barwati village on 25 of September 2020.

“The attack/ambush was however successfully repelled by the gallant troops. Sadly, a total of 18 lives including four soldiers, 10 policemen and four civilians were lost during the sad incident.

“Troops on hot the pursuit of the insurgents successfully recovered three vehicles. Two of the vehicles belonging to the Nigeria Police that were earlier carted away by the terrorists during the attack are among. Similarly, one BHT gun truck was also captured.

“The casualties recorded were as a result of the explosion from the multiple IEDs planted on the road by the terrorists.

“The Nigerian Army has since deployed bomb and IED disposal teams to ensure effective route scanning and clearance to forestall future occurrence.”

An undeterred Zulum said the “unfortunate incident” would not deter his plan to ensure the relocation of all IDPs to their ancestral homes.

He praised the fighting spirit of the security operatives in the Northeast and boasted that “we are sure that we are good to go” on the resettlement of some of the Internally Displaced persons in the state.

His words: “Although there was a loss of lives, which is very unfortunate, I am still confident that peace will return to Borno State, the Northeast, and Nigeria.

“What has happened is unfortunate, but this will never deter us from fulfilling our mandate on the safe return of IDPs to their ancestral homes. We shall remain resolute, we shall remain courageous, and we shall remain determined.”

IG Adamu directed the Assistant Inspector General of Police in charge of the Police Medical Services, Olubunmi Ogunsanwo, and Commissioner of Police, Borno State Bello Makwashi to ensure proper treatment of all the policemen injured during the attack.

Adamu also reassured Nigerians, particularly Borno State people, that the morale of Police officers and other security agencies involved in providing security had not been dampened by the attack.

The PGF commiserated with Zulum and the families of the victims, promising to support the governor in ending insurgency in his state and the entire Northeast.

A statement by the Chairman of the PGF, Abubakar Bagudu , appealed to the Federal Government to immediately provide more logistics for the security agencies in the Northeast.

The statement said: “We join our brother, Governor Zulum, our leaders in Borno State and all Nigerians to pray for the repose of the souls of all those who lost their lives. In this painful period.

“While we commiserate with the government and people of Borno State, we call on the Federal Government to immediately provide more logistical support to security agencies deployed to Borno State to ensure a speedy return to normal life in Borno State and the whole of Northeast.”

The PDP recalled the earlier attack on Zulum’s convoy, saying that the latest has reinforced the apprehensions of security compromises and lapses.

“Our party is alarmed by the frightening situation where insurgents now have the temerity of repeated attacks on the armed convoy of a state governor, which highlights the nightmare being witnessed by ordinary compatriots, as soft targets in various troubled areas across our dear nation,” PDP said in a statement by its spokesman, Kola Ologbodiyan.

The party restated its call on President Muhammadu Buhari to heed the calls to immediately rejig the nation’s security architecture by replacing his service chiefs.

PDP’s vice-presidential candidate in the 2019 election Peter Obi also sympathised with Zulum and called on the Federal Government to strengthen the nation’s security architecture.

Also on Sunday, the Deputy Chairman, Senate Committee on Defence, Sen. Istifanus Gyang, urged the military to step up their game in the fight against terrorism, banditry, and kidnapping in various parts of the country.

Gyang spoke on the sides of the combined passing out for senior officers, mid-level and regular servicemen pre-retirement courses organised by the Armed Forces Resettlement Centre (NAFRC) at the weekend.

Gyang said: “Citizens are concerned and we at the National Assembly are equally concerned. We need to up our game against insurgency, banditry, and kidnapping. I appreciate our Armed Forces and I believe they can still do more.”

Vice Presidential Candidate of the People’s Democratic Party, PDP, in 2019 elections, Mr. Peter Obi, has expressed his heartfelt sympathy to Borno State Governor, Babagana Zulum, on the recent Boko Haram attack on his convoy that left some security aides dead, with a call to the Federal Government to strengthen Nigeria’s security architecture and intensify efforts against terrorism in the country.

Obi described as shocking, a violent attack of this magnitude on a serving governor. He said the attack underscored how monstrous and bold terrorism has become in the country and how vulnerable the poor masses are.

He explained that terrorism knew no tribe, culture nor religion, but affected everybody equally. He urged the Federal Government to intensify the fight against terrorism and employ the country’s security architecture to keep Nigerians safe.

Condoling with Zulum, Obi urged him to take heart while praying God to give him the fortitude to bear the loss of his men. Obi extended his condolence to the families of the victims with a prayer to God for their peaceful repose.

0 Response to "REVEALED: How soldiers, policemen were killed in Borno governor's convoy"