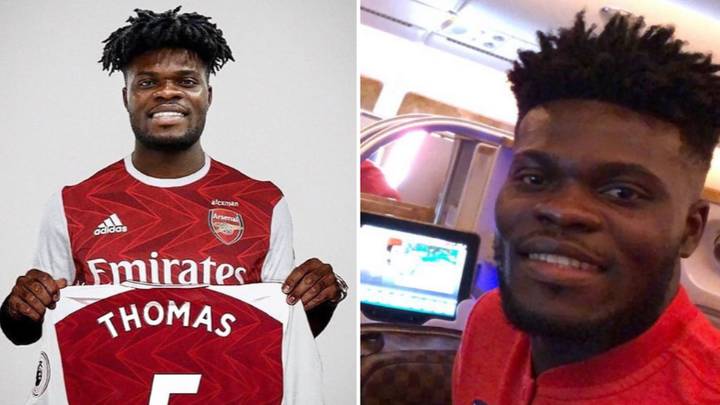 The 27-year-old midfielder had been with Atletico since 2012, making 188 appearances, in which time he won both the Europa League and Super Cup in 2018.

Partey’s move to Arsenal would add quality and depth to Arsenal’s midfield especially now that two of their midfielders favoured a loan move away from the London side.

Matteo Guendouzi and Lucas Torreira both departed the club on Monday on a season-long loan in search of more game time.

Partey would partner Xhaka and Ceballos, in the Arsenal’s midfield to help the gunners in their quest for a top-four finish this season.

Last season, the Ghana international made 46 appearances for Atletico, playing a key role in their third-place finish in La Liga and reaching the quarter-finals of the Champions League.

During his career, Thomas has also enjoyed successful loan spells in Spain with RCD Mallorca (2013/14) and UD Almeria (2014/15), and has made 29 international appearances for Ghana.

He said they have been watching the 27-year-old for a while now and delighted to add such a high-quality player to the squad.

“He is a dynamic midfielder with great energy. He brings a lot of experience from a top club that has competed at the highest level in La Liga and the Champions League for several years.”