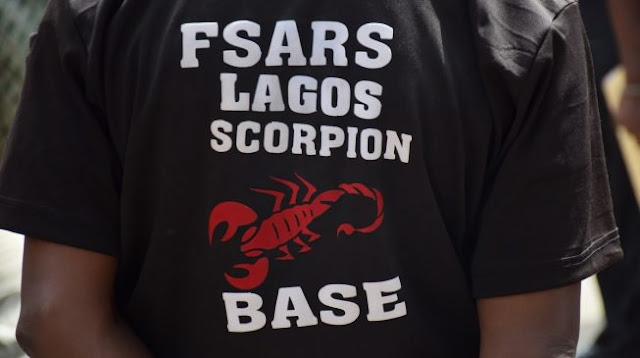 The Nigeria Police Force’s Special Anti-Robbery Squad came under attack on Saturday after some SARS operatives allegedly shot dead a young man in front of a hotel in the Ughelli area of Delta State.


While Abubakar and AI called on the Federal Government to reform SARS, the minister promised that investigation would be carried out.

A video which went viral on Saturday showed how there was confusion around the Wetland Hotel in the Ughelli area where the policemen allegedly killed the victim, and escaped with his vehicle – a white Lexus Sport Utility Vehicle.

A Twitter user, who claimed to be an eyewitness, Ichie Teejay, wrote, “SARS just shot a young boy dead at Ughelli, Delta State, as we speak in front of Wetland hotels. They left him for dead on the roadside and drove away with the deceased Lexus jeep.”

More reactions flooded the social media as former VP, Abubakar, wrote on Twitter, “The SARS unit of the police was set up to confront violent crimes such as armed robbery, kidnapping and other related crimes. However, the unit has today morphed into an oppressor of the Nigerian masses who strive every day for a better life.

“It is expedient that the activities of SARS are reviewed to ensure that the rogue elements are excised from the unit and sanity returned to its operations.

“I strongly condemn their cruel actions against our people, and I urge the government to rise to the occasion and nip this monstrosity in the bud with the seriousness it deserves. Reports of intimidation, harassment and outright extortion by officers of SARS have continued unabated.”

Meanwhile, the minister said the Federal Government would look into the reports of harassment of Nigerians by SARS.

In a statement issued on Saturday by John Joshua-Akanji, his special assistant, Dare said he had been monitoring reports of the attacks by SARS, adding that relevant government agencies will investigate the incidents.

He said, “The ministry of youth and sports is worried about the menace, increasing harassments and attacks by SARS, especially targeted at youths and other innocent members of the public, and brought it to the attention of the relevant security agencies in Abuja,” the statement read.

“The minister of youth and sports development, who has also been monitoring the reports of alleged SARS harassment and attacks, has called for immediate investigations that will unravel the truth.”

Meanwhile, the Amnesty International said, “SARS officers are getting rich through their brutality. In Nigeria, it seems that torture is a lucrative business. End SARS now, end police brutality.

“The majority of the victims of torture in SARS custody are poor and unable to hire legal representatives. In some cases when detainees cannot afford to pay bribes, they are simply tortured more.

“The complete failure of Nigerian authorities to bring an end to the gross human rights violations perpetuated by the SARS or to bring any SARS officer to justice is shocking and unacceptable.”