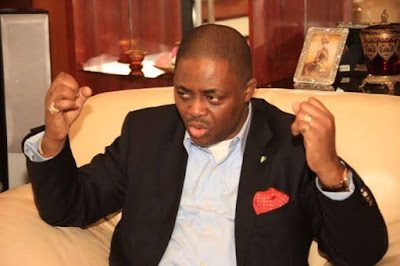 Femi Fani-Kayode, a former Minister of Aviation, has called for the removal of President Muhammadu Buhari through a similar protest that led to the scrapping of the Special Anti-Robbery Squad, SARS.

The former minister, who is also a chieftain of the Peoples Democratic Party, PDP, noted that the End-SARS protests represent a watershed in the history of demonstrations in Nigeria.

He pointed out that this was the first time in the last 60 years Nigerians had recognised the fact that they can effect change and bring government to its knees by taking to the streets in peaceful protest.

Fani-Kayode commended the courage of Nigerians who took it upon themselves to ensure that the government disbanded SARS by protesting but urged “them to not just call for the ending of SARS but also for the resignation of Buhari.”

Giving his reasons, the former Minister said Buhari, as Nigeria’s President, has no value for human life and that innocent Nigerians had been brutally murdered under his watch than at any other time in the history of the country outside of the civil war.

For Fani-Kayode, Buhari “has lost his legitimacy and has no right to remain in power.”

“#Endsars and #EndPoliceBrutality is just the beginning. #EndBuhari’s rule and the resignation of Buhari and his entire Govt. must be the final destination,” he tweeted.

“Many have been killed during this #Endsars demonstrations and they are still being killed. Their blood must not be allowed to have been shed in vain.

“Every drop of their blood must count for something and must act as a catalyst to a total change and overhaul of the entire system and a new beginning. It must lead to the end of Buhari’s sheer wickedness and impunity and it must usher in a new Nigeria where mass murder, ethnic cleansing, genocide, police brutality, tribal and religious divisions corruption, nepotism and impunity are things of the past.

“Take it or leave it, this may well be the beginning of our own Arab spring . And if it does not happen now it will surely happen later because the seeds of change and a peaceful and spiritual revolution have been planted,” he said.

Recall that following the nationwide protest against police brutality, the Inspector General of Police, IGP Mohammed Adamu, on Sunday ordered all officers and men of the now-defunct Special Anti-robbery Squad to be redeployed with immediate effect.

Posted by Dayoung on Tuesday, 13 October 2020 - Rating: 4.8
Title : #ENDSARSNOW: Buhari must resign now – Fani-Kayode tells Nigerians next action
Description : Femi Fani-Kayode, a former Minister of Aviation, has called for the removal of President Muhammadu Buhari through a similar protest that l...