Home » News » My marriage crashed because my husband thought I was barren- Homto, Dokpesi’s daughter

My marriage crashed because my husband thought I was barren- Homto, Dokpesi’s daughter 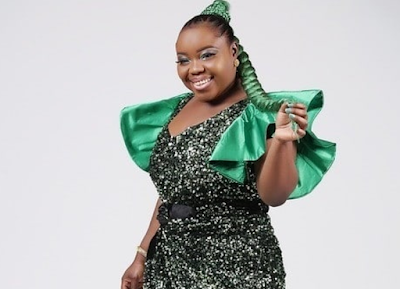 Homto, daughter of AIT founder, Chief Raymond Alegho Dokpesi has opened up on why her marriage crashed.

In a recent interview, the Accountancy graduate from Igbinedion University Okada noted that her marriage was never about love.

She revealed that her ex-husband had issues he couldn’t deal with.

Speaking in  an encounter  with The Nation, she said: “It was after I got into my previous marriage that I realized it was never love. It was all about being with Homto (Dokpesi’s daughter) for what she has, not who she is as a person.

My ex-husband had issues, and when a man cannot deal with his issues, he starts abusing you physically, emotionally and mentally. I tried with him, it did not work. You know with men, once they come out and say a woman is barren, a lot of people believe it. He said I was barren. But my dad stood strong by me. That is why I owe my life to him. My dad paid for us to go to the UK to do tests. Afterwards, my baby’s father appeared. That’s why I do not hold grudges against my baby daddy, because he was the reason all the doubts on my fertility was put to rest. But in his own case, we had broken up for a while, and there were rumours of my dad being named the chief of staff to the then President Goodluck Ebele Jonathan. All of a sudden, he was back, and up until 12th of February we saw and spoke. He was well aware I had got pregnant. We discussed it and he promised coming to see my family.

On the 14th of February 2014, a chief of staff was named, which was not my father, and my calls and messages from that day were never answered, even till this moment! These are brunts that we face; not because we are not good people but because we may never find people who love for who we are, but people who love for what one is worth or what they can gain out of one”.

Posted by Dayoung on Saturday, 3 October 2020 - Rating: 4.8
Title : My marriage crashed because my husband thought I was barren- Homto, Dokpesi’s daughter
Description : Homto, daughter of AIT founder, Chief Raymond Alegho Dokpesi has opened up on why her marriage crashed. In a recent interview, the Accoun...

0 Response to "My marriage crashed because my husband thought I was barren- Homto, Dokpesi’s daughter"