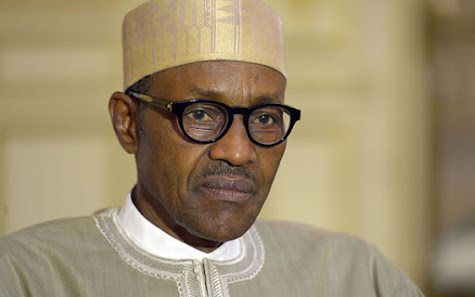 The President Muhammadu Buhari, on Sunday said it was wrong to use violence to disperse peaceful protesters, while also urging #EndSars protesters to stop the street protests.

He warned against using security agents to brutalise peaceful protesters.

He also told youths, who have been embarking on #EndSARS protests across the country, that the time had come for them to leave the streets and approach the negotiation table.

According to a statement by his Senior Special Assistant on Media and Publicity, Garba Shehu, the President, represented by the Minister of the Federal Capital Territory, Muhammad Bello, spoke at the maiden National Youth Day programme with the theme, ‘Invest in the youth, secure our future’ held at the Presidential Villa, Abuja.

The President argued that to allow protests is not a sign of weakness but a sign of strength and belief in democracy.

“No one who is obeying the law, whether they are in line waiting for a taxi or in a peaceful protest line, should be harassed or brutalised by law enforcement agencies.

“It is because of my abiding belief in the people’s constitutional rights that we moved with dispatch to abolish SARS and to consider other reforms that will enhance the quality of law enforcement and improve the relationship between the police and public which is a pre-requisite in a just society.

“To allow protests is not a sign of weakness.  It is a sign of strength and belief in democracy, and faith in the innate goodness of our people.

“This also shows confidence in the ability of our government to work with the people toward a reasonable and practical resolution to any challenge,” the President added.

He also told the youth that it was important for them to realise that protests could not last indefinitely.

The President said, “You must realise that protests cannot last indefinitely. My government will not lift a hand to stop or suppress you.

“However, the fact of the matter is that other forces and actors will seek to take over your protests that they may redirect them in ways you did not intend and perhaps do not agree with.

“Every successful protest movement the world over has understood that there comes a time when activity must move from the street to the negotiation table. That time has come. Do not be afraid of this reality. You should welcome it.”

Meanwhile, the #EndSARS protesters on Sunday held a rally at the Force headquarters and the Nnamdi Azikiwe International Airport, Abuja.

Footage showed the members writing ‘#EndSARS’ on the road at the airport.

Adeyanju disclosed that the rally was meant to nudge the police authorities about the proposed reforms of the police and “to show that those who died did not die in vain.”

The General Manager, Public Affairs, Federal Airports Authority of Nigeria, Henrietta Yakubu, confirmed that the campaigners staged a protest at the airport.

She said the protesters did not destroy any facility at the airport and were not allowed to disrupt activities at the NAIA.

Yakubu, however revealed that the aviation security personnel of FAAN asked the protesters to vacate the airport.

She said, “Yes, we had some #EndSARS protesters at the Abuja airport today. They did not disrupt flight activities or any other business at the airport but they’ve gone as I speak to you now.

“AVSEC (aviation security) officers asked them to leave and they stopped the protest and they all left the airport.”

Posted by Dayoung on Sunday, 1 November 2020 - Rating: 4.8
Title : #EndSARS protesters need to stop - Buhari
Description :   The President Muhammadu Buhari, on Sunday said it was wrong to use violence to disperse peaceful protesters, while also urging #EndSars...