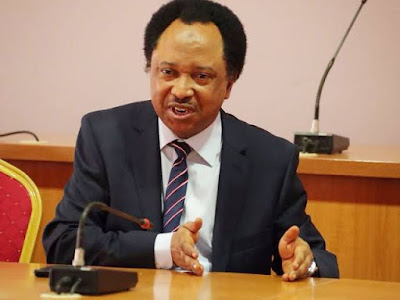 Aisha had last week lamented the ill-treatment she gets from fellow Muslims.

Yesufu, co-convener of the BringBackOurGirls, BBOG, and one of the strong voices against the current administration, cried out that fellow Muslims rain curses on her in the mosque.

She said the resentments she suffers is due to her involvement in the widespread #EndSARS protests which called for the end of police brutality.

”Heard I am being cursed in mosques! People finish praying and take time out to curse me in their prayers,” she tweeted.

“I have asked they should please let me know how many of these curses they rained on me when I was making the same demands during GEJ! We are all already cursed in Nigeria.”

And reacting to the revelation, Sani, who represented Kaduna central district in the 8th National Assembly, tweeted, “To my revered Clerics, be soft and kind to Aisha Yesufu and appreciate her courage, resilience and struggles.

“It may be unpleasant for you now, but you would need her someday to raise the fists and march towards the flames, when the table of Injustice or power turns the opposite direction.”