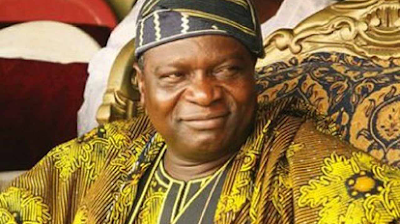 The Peoples Democratic Party (PDP) in the South-West have commenced moves to unite the party in the region.

The meeting which was held at the Government House, Agodi, Ibadan, released a communiqué signed by the Acting National Vice Chairman, South-West, Dayo Ogungbenro.

It announced the constitution of a five-man reconciliation committee chaired by Oyinlola.

The meeting agreed that PDP zonal executive positions be shared to all states in the region.

“The meeting also resolved that, in the spirit of fairness and equity, additional slots of ex-officio members be given to Ekiti and Ondo states in view of the fact that they would occupy only one office each in the zone”, the communique read.

The PDP leaders told the federal government and the National Assembly not to go ahead with the proposed clampdown on social media.

They advised authorities to strengthen existing laws to curtail fake news and the abuse of freedom of expression.

Posted by Dayoung on Saturday, 14 November 2020 - Rating: 4.8
Title : Ex-Gov Oyinlola, other PDP stalwarts get new appointment
Description : The Peoples Democratic Party (PDP) in the South-West have commenced moves to unite the party in the region. Oyo Governor, Seyi Makinde, f...

0 Response to "Ex-Gov Oyinlola, other PDP stalwarts get new appointment"