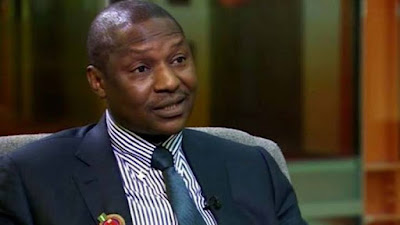 Abubakar Malami, attorney-general of the federation (AGF), says there is not enough evidence to prosecute 33 personnel of the now disbanded special anti-robbery squad (SARS) of the police indicted by a presidential panel in 2019.

The panel was chaired by Tony Ojukwu, executive secretary of the National Human Rights Commission (NHRC), between 2018 and 2019.

The committee’s report indicted 35 police officers in 12 states and the federal capital territory (FCT) but recommended 33 for prosecution.

The report was submitted to President Muhammadu Buhari in June 2019.

According to PUNCH, Malami’s position set up a committee to review the recommendations by the Ojukwu panel.

The AGF said the cases were not properly investigated and asked Mohammed Adamu, inspector-general of police (IGP), to probe the cases.

“The report of the panel does not meet prosecutorial needs. No proper investigation was concluded in all the cases,” he said.

“The indicted officers should be made to undergo disciplinary actions immediately and dismissed where appropriate.

“That the IGP who is well aware of the sensitivity of the matter should be advised to set up a special investigation team to conduct a thorough investigation into the individual cases.

“That after thorough investigation, the cases that are federal offences or fall within the FCT will be prosecuted by the office of the HAGF while those that are state offences will be transferred to the respective states for prosecution.”