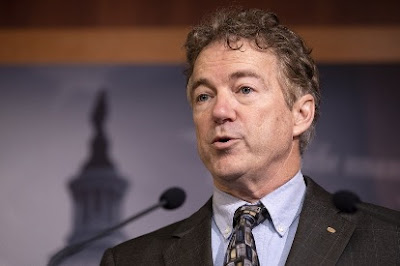 Senator Rand Paul has replied those condemning President Donald Trump for his decision to pull out United States troops from Afghanistan.

The Pentagon is set to reduce troop level to 4,500 by the end of November.

Robert O’Brien, National Security Adviser said the number should drop to 2,500 by January 2021, and zero in May.

But Trump wants all the soldiers back home this Christmas.

Critics say the plan to expedite withdrawals would set up a clash with top generals and civilians.

They argue that leaving Afghanistan while the security situation remains volatile is risky.

There are also fears that it will complicate Joe Biden’s promise to leave a small number of troops there to guard against terror attacks.

In his reaction, the Senator for Kentucky said if Trump issues the order, security chiefs must comply.

“Reminder to those saying withdrawing troops may cause a “clash” with Generals/Pentagon: there is only one Commander in Chief, it is ⁦⁦⁦⁦@realDonaldTrump⁩ and when he orders the troops out of Afghanistan, the only proper answer is “Yes sir,” Rand Paul tweeted.

Marc Polymeropoulos, a retired CIA senior officer, protested that the President’s resolution was not advocated by military, political or intelligence leadership.

He warned that the decision based, “on an old campaign promise by President Trump now carried out by hyperpartisan Trump loyalists installed in a last-minute purge of DoD (Department of Defense) is both reckless and will not make America safer”.