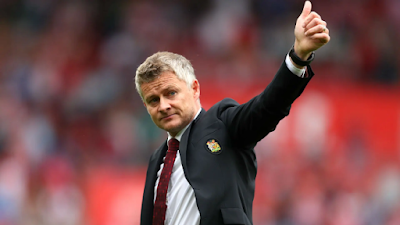 Solskjaer said Aaron Wan-Bissaka and Scott McTominay would both miss the Everton clash at Goodison Park due to injury.

Wan-Bissaka and McTominay both sustained injuries in Man United’s Premier League 6-2 victory over Leeds United at Old Trafford on Sunday.

Wan-Bissaka was hurt when making a challenge during the Leeds United match, while McTominay, who scored a brace, was forced off in injury time, leaving Man United down to 10 men, after feeling discomfort in his groin.

“Those two [Wan-Bissaka and McTominay] will miss the game against Everton definitely,” Solskjaer was quoted by Man United’s official website as saying on Tuesday at his pre-match press conference.

“Hopefully, it won’t be too long. They will be out but, apart from that, I think everyone is, more or less, okay,” he said.

The kick-off time for Everton vs Man United is 9 pm.