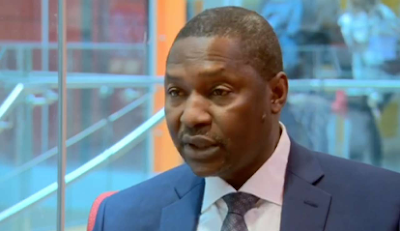 The Nigerian government has called for transparency in the election of judges and prosecutors of the International Criminal Court, ICC.

Abubakar Malami, Minister of Justice and Attorney General of the Federation, said the Nigerian government is committed to supporting a process that is all inclusive and transparently devoid of any sentiment in order to select the best and the most qualified candidates for the coveted positions of Prosecutor and Judges of the ICC.

Malami made this known on Monday while delivering Nigeria’s statement at the 19th session of the Assembly of States Parties to the Rome Statute of the ICC at Hague, Netherlands.

“Nigeria wishes to reiterate the need not to compromise the issue of high moral character of candidates seeking elective offices within the Court system as that is the only way the credibility of the Court can be sustained,” he said.

Malami also noted that attacks against the International Criminal Court and its officials continue to weaken the Rome Statute system and its support across the globe.

He said the Federal Government of Nigeria has condemned all actions geared towards undermining and weakening the International Criminal Court’s ability to freely exercise its mandate.

While renewing Nigeria’s commitment to the ICC as the cornerstone of the fight against impunity and a critical element of rules-based international order; Malami said Nigeria is committed to work together with States Parties to oppose efforts to undermine the work of the Court and its independence.

“I note with great consternation that the promise and hope offered by the Rome Statute to victims of atrocious crimes worldwide is increasingly threatened by a retreat in multilateral engagement and rising tides of hostility, discrimination, and repression around the world,” he said.

He also commended the efforts of the outgoing outgoing President of the ICC, who is also a Nigerian, Eboe-Osuji, whom Malami said have brought enduring reforms to the Court and spearheaded efforts that have led to a better understanding of the Court on the world stage as well as improved the conditions of service of judges.

Malami said their contributions were geared toward ensuring that jurists of the highest caliber will always aspire for appointment to the Court’s judiciary, thereby strengthening the quality of the bench as a whole.

“It is true that the conditions of service of the ICC judges need not be formally linked to those of ICJ judges. But it is important to stress that ICC Judges are not inferior to their counterparts at the ICJ or at the other International Courts in Europe.

“That equality of stature must also be reflected in parity of treatment in conditions of service,” he said.

Posted by Dayoung on Monday, 14 December 2020 - Rating: 4.8
Title : ICC: Malami states Nigeria govt’s position in election of judges, prosecutors
Description : The Nigerian government has called for transparency in the election of judges and prosecutors of the International Criminal Court, ICC. Ab...