Pastor Tunde Bakare reveals what Tinubu used to win elections for APC in 2015, 2019 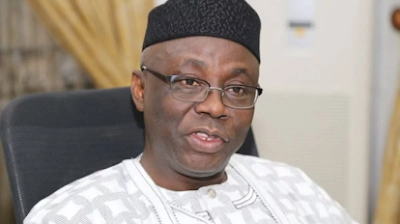 The serving overseer of Citadel Global Community Church, formerly known as Latter Rain Assembly (LRA), Pastor Tunde Bakare, has said the National Leader of the All Progressive Congress (APC), Asiwaju Bola Tinubu, used his political dexterity to win elections for the party in 2015 and 2019.

Bakare stated this while speaking at the church’s recently unveiled Citadel in Lagos.

According to him, God does not need anyone’s permission to put Tinubu in His hall of fame.

The fiery cleric likened Tinubu to Jephthah in the Bible, who delivered his people despite the circumstances of his birth.

“Hear me loud and clear, knowing the name of Asiwaju’s mother or father or his place of birth, cannot neither put food on the table of the hungry or create jobs for the unemployed.

“Despite his growing up challenges, the dents and the detours of his life, he like Jephthah delivered Lagos state and almost all the southwest states from the onslaught of the PDP from 1999 to 2007.

“Truth be told, without his cooperation and political dexterity, the APC victory at the polls in 2015 and 2019 would have been impossible,” Bakare said.

He further insisted that he is not Tinubu’s brand manager, but all he knows is that “just as every saint has a past, every sinner has a future.”

0 Response to "Pastor Tunde Bakare reveals what Tinubu used to win elections for APC in 2015, 2019"