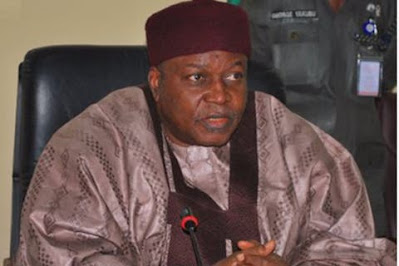 A bill with stiffer penalties for perpetrators of domestic violence has passed through the first reading at the Taraba State House of Assembly.

Speaker of the House, Joseph Kunini, who sponsored the bill disclosed this when he hosted journalists in Jalingo.

The bill when passed into law, according to the Speaker will help reduce incidences of domestic and political violence in the state as offenders will face sanctions of up to 14 years in prison without an option of fine.

Kunini noted that the heinous crimes against vulnerable individuals in the society was becoming increasingly worrisome and assuming an alarming dimension.

“In some cases, the ugly trend remains largely unreported due to the impunity, silence, stigma and shame surrounding it.

“Therefore, violence of whatever nature against the vulnerable individuals in the society must be condemned in all its ramifications.

“I have sponsored the Taraba State Violence and Discrimination Against Persons (Prohibition) Bill 2020 which has undergone first reading and I am passionate to see it passed into law soonest.

“The bill when passed into law will prohibit circumcision of a girl or woman, domestic violence, emotional, verbal and psychological abuse, forced isolation from family and friends, harmful traditional practices, incest, indecent exposure, intimidation, s3xual harassment, spousal/partner battery, trafficking, and others,” he said.