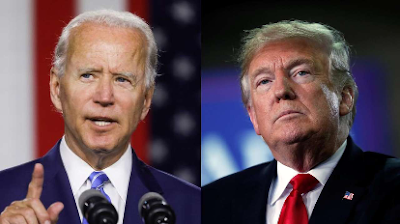 Joe Biden of the Democratic party was confirmed as the next US president on Monday by the Electoral College.

The Electoral College formalized his victory over Republican Donald Trump, killing every hope of the Republicans overturning the election results.

Biden, who scored over 270 electoral college votes, will take over the White House on January 20.

Meanwhile, President Trump has sacked Attorney General Bill Barr after he contradicted his (Trump) claims that the presidential election was marred by fraud.

He announced on Twitter, “Our relationship has been a very good one. Bill will be leaving just before Christmas to spend the holidays with his family.”

Despite the announcement by the Electoral College, President Trump has yet to concede.

Reacting to the development, Biden said, “Democracy prevailed. We the people voted…. The integrity of our elections remains intact.

“Now it is time to turn the page, to unite, to heal. I will be a president for all Americans.”