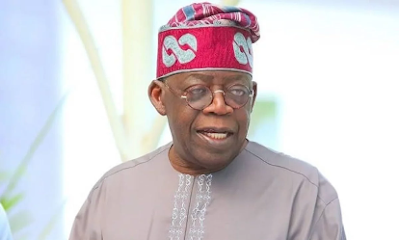 The Muslim Rights Concern (MURIC) has tactically backed Bola Tinubu for the 2023 presidency.

In a statement Monday night by the Director, Ishaq Akintola, MURIC said the South-West has a big opportunity of gaining political power in 2023.

“Fortunately the Yoruba do not have to search too far as a former governor of Lagos State and leader of the ruling party has shown interest. Here is a candidate that brandishes impeccable pedigree”, he wrote in a veiled reference to Tinubu.

“Nobody can deny his political dexterity. He is known to have fought and won several political battles. The best the Yoruba people can do for the region is to rally behind this candidate and ensure that he clinches power in 2023,” MIURIC added.

MURIC lauded stakeholders in the ongoing resolution of the crisis between the Hausa/Fulani community of Igangan, in Ibarapa, Oyo State and the Yoruba.

The group called for extension of the same direct dialogue to Ondo State.

Akintola advised the Yoruba to drop all irredentist, insurrectionist and belligerent propensities in order to be able to focus fully on their presidential ambition.

MURIC said any group that fails to get its acts together early enough should kiss Aso Rock goodbye in the next general elections.

The statement noted that a tribe seeking to rule must be seen to be accommodating, tolerant and resilient.

“Power shift to the South has become mandatory as President Muhammadu Buhari would have spent eight complete years by 2023 and all eyes are presently on the South-West.

“Therefore the region cannot afford to lose the opportunity due to restlessness, recklessness, unnecessary protests, issuance of quit notices to other ethnicities and a general lack of stability”, it added.