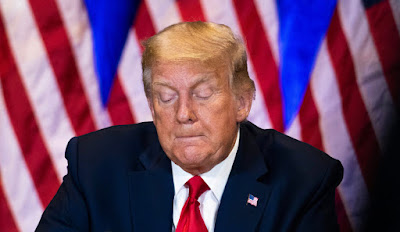 The resolution followed the debate on the article of impeachment.

Democrats in the House moved the article of impeachment following the invasion of the Capitol hill during the certification of 2020 presidential election on January 6th.

Prior to the invasion, Trump who is yet to concede the Nov 3rd election which Joe Biden won, addressed a rally of his supporters to “take their country back.”

Leading the debate on behalf of the Republican Party, Jim Jordan of Ohio accused the radical Left of seeking vengeance.

Making the closing argument for the Republican Party, Minority Whip, Steve Scalise appealed to the other side to let the Nation heal, while paying tribute to the Capitol police who lost two officers to the November 6th hearing. The tribute was met with applause from both sides.

“In times like this, let us yield to our better side.” He said.

Closing the debate for the Democrats, Majority Leader, Steny Hoyer said that in light of civil war analogy of the events of 6th of November, the attack was summoned and inflamed by the President of the United States.

“We will stay in silence, or we will stand up and say this is not acceptable. For 4years, the President has failed to display the principle of the Republican Party. His actions had been rationalised by those who are profiting financially and politically through proximity to power,” he said, adding that “we know that Trump is not a patriot.”

It would be recalled that President Trump was impeached in 2019 by the Democrats led House, but was acquitted by the Republican-led Senate.

The impeachment is not a removal from Office until the US Senate vote to convict. However, the Senate is currently on recess, and will not resume until the tenure of Mr Trump ends in 7days time.

The impeachment implies that if the Senate should convict Trump, he would be barred from holding any political office or elective position again.

The trial at the Senate could happen even when Trump is no longer President.

Historically, Trump is the 1st US President to be impeached twice.

10 Republicans joined the Democrats to impeach Trump. As at the time of filing this report, 229 Lawmakers moved to remove Trump, 195 Republicans voted against the Article.

Posted by Dayoung on Wednesday, 13 January 2021 - Rating: 4.8
Title : Again, US President Trump impeached
Description : The United States House of Representatives has impeached President Trump for incitement of insurrection  The resolution followed the deb...