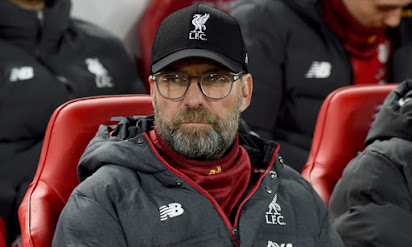 Liverpool’s misery was compounded on Thursday as lowly Burnley snatched a 1-0 victory at Anfield to end the club’s invincibility at home in over three years.

Liverpool had not lost a game at Anfield since April 2017, but Burnley broke that prowess with a victory after Ashley Barnes converted a penalty on 83 minutes.

Barnes won the battle of wills and sent an unstoppable penalty past Alisson into right side of the goal.

Before the match, Liverpool had not scored a goal in four successive games and were carrying 68 unbeaten home games run.

Divock Origi was given his first start of the season and should have scored when he ran free on goal after pouncing on Ben Mee’s error but struck the crossbar.

The hosts pushed to find the net in the second half but ran out of ideas, Nick Pope making a stunning save to deny Mohamed Salah and fellow substitute Roberto Firmino flicking an effort wide.

Burnley’s shock win lifts them up to 16th in the table, seven points clear of the relegation zone.