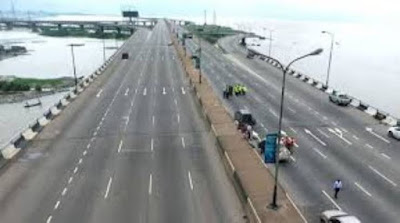 This followed the completion of the casting of the expansion joints a day earlier than promised, according to a statement on Sunday from the Lagos State Commissioner for Transportation, Dr Frederic Oladeinde.

The statement explained that the earlier movement arrangements of 12am for Lagos Island-bound motorists and noon for mainland bound motorists still exist.

Oladeinde expressed gratitude to Lagosians, especially those affected by the closure for their understanding, assuring that the Babajide Sanwo-Olu-led administration would continue to drive infrastructural growth in the state.

The state government asked residents to cooperate with it as all other ongoing rehabilitation projects would come to an end in a very short while, adding that the benefits, including safety, were for all and sundry.

The Federal Government had on January 27 announced a three-day total shutdown of the bridge from the midnight of Friday to midnight of Monday, February 1 to allow for the replacement of three expansion joints.