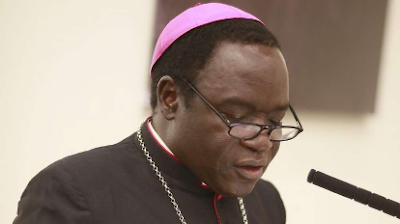 Muslim Solidarity Forum, Sokoto, has advised the Bishop of Catholic Diocese of Sokoto, Matthew Hassan Kukah, to quickly and quietly leave Sokoto or stop what the group called “his malicious vituperations against Islam and Muslims”.

The group’s acting chairman, Professor Isa Maishanu, in a statement, noted that Kukah with his unbecoming callous statement, was trying to break the age-long peaceful coexistence between the predominantly Muslims and Christians.

The statement came amidst allegations by the Department of State Services of a plot to incite religious violence in some states by some elements working with external forces.

The group directed Muslim leaders, who out of magnanimity had been showing goodwill to the Bishop of Catholic Diocese of Sokoto to realise that he (Bishop Kukah) is taking their kindness for granted, stressing that Kukah doesn’t appreciate the gesture but fiercely attacks them at any given opportunity.

The statement noted, “In February 2020, he (Kukah) shamelessly staged a demonstration in the heart of Sokoto over the killing of a single Christian priest, presumably, by the Boko Haram insurgents, but did not consider hundreds of Muslims, Fulani herders that were mercilessly killed by the Christian militia in Taraba state in 2018.”

The group asked Bishop Kukah what he thought would have happened “if the peace-loving Muslims in Sokoto had responded to his provocative attacks on them and their religion like what happened in Kafanchan 1987, Zangon Kataf 1992, Tafawa Balewa in 1987, 1993, 1995 and 2001, Yelwa Shandam 2004, Zonkwa and Jarkasa in 2011.”