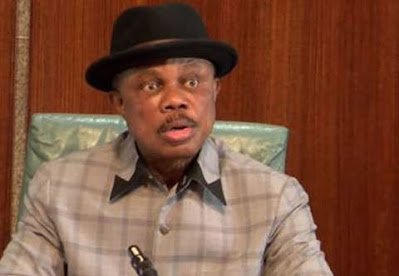 This came amidst speculations that Obiano may dump the APGA for the APC to contest the Anambra North Senatorial Election in 2023.

Obiano, who was elected on the platform of APGA in 2014, would complete his constitutional two tenures in Office on March 17, 2022.

The National Coordinator of APGA Media Warriors Forum, Chinedu Obigwe, in a statement on Tuesday, said there was no iota of truth in the rumour that the governor would dump the APGA for the APC.

He said, “Every election season, the disgruntled opposition elements are known for being more desperate and resorting to all manners of blackmail in a condemnable bid to seize power from the ruling party( APGA).

“Governor Obiano is not planning to defect to APC rather he is committed to ensuring that a good successor who will continue the good works he is doing in Anambra from where he stopped emerges from APGA.

“This is the goal he fixed his eyes on actualising and nothing will stop him from doing that.

“Obiano remains a committed leader of APGA that is determined to take the party to greater heights.

“The general public and governor Obiano’s fans are advised to disregard the disgruntled opposition elements’ fabricated tissue of lies in this election season because they are politically motivated.”

Posted by Dayoung on Tuesday, 26 January 2021 - Rating: 4.8
Title : Obiano not planning to join APC, says APGA
Description : The All Progressives Grand Alliance has said there is no iota of the truth in the rumour that the Anambra State Governor, Mr Willie Obiano...

0 Response to "Obiano not planning to join APC, says APGA"