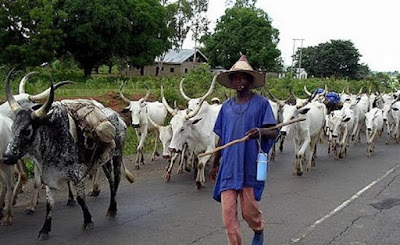 The Kwara State government has put in place measures to prevent any crisis between host communities and herders in the state.

As part of the measures, the leadership of Miyetti Allah has also committed to disallow night grazing or cattle grazing by underage persons.

The Secretary to the State Government, SSG, Professor Mamman Sabbah Jibril, announced this in a press statement in Ilorin on Saturday.

” In the light of some unfortunate developments in some neighbouring states, we urge our people not to entertain any fear as proactive measures have been taken and are being taken to maintain peace and ensure security of lives and property of every resident.

“The government is working with all security agencies, Directors of Personnel Management (DPMs) of local governments and the leadership of Miyetti Allah to strengthen the existing peace between various economic interests,” the statement added.

It said, “At the instance of His Excellency, the Governor of Kwara State, the office of the SSG has held briefings with various stakeholders across the state on the need to ensure that all hands are on deck to protect lives and property.

”The leadership of Miyetti Allah has also committed to disallow night grazing or cattle grazing by underage persons.

”Assisted by the security agencies, the DPMs across the 16 local government areas have been directed to work with local communities and legitimate herders to keep the peace.”

The statement urged everyone to key into the peace building process and avoid taking laws into their own hands or engage in activities that could undermine peaceful existence.

It was gathered that the measures are meant to douse the fear and apprehension of residents in the state over the influx of suspected herdsmen into the state from neighbouring states hit by herdsmen crisis.

Following the relocation of the Sarkin Fulani of Oyo State, Salihu Abdulkadir, and his people from Igangan to Ilorin, there has been anxiety over safety of lives and property by residents of Ilorin, its environs and the state generally.

Recall that Sunday Igboho had issued a quit notice to the Sarkin Fulani and his people, to vacate Igangan town in the lbarapa local government area of Oyo state over allegations of kidnapping, killings and other crimes.

Posted by Dayoung on Saturday, 30 January 2021 - Rating: 4.8
Title : We will ensure safety of our people amid influx of herdsmen – Kwara govt
Description : The Kwara State government has put in place measures to prevent any crisis between host communities and herders in the state. As part of ...