FG, Governors agree to arrest, prosecute all criminals in Nigeria 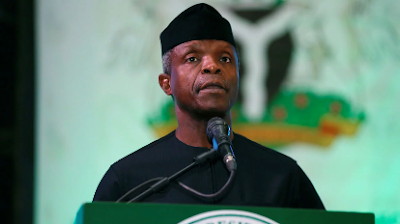 The federal government and state governors have agreed to join efforts for the immediate investigation, arrest, and prosecution of all perpetrators of crime in Nigeria.

They also promised to ensure the full protection of all Nigerians wherever they reside, without regard to ethnic, religious, or regional status.

These were part of the accord reached on Thursday at the National Economic Council (NEC) meeting on the security situation in the country.

Chaired by Vice President, Yemi Osinbajo, the council endorsed a number of resolutions.

The governors reaffirmed their commitment to national unity and pledge to ensure the arrest and prosecution of the perpetrators of crime.

NEC agreed on the protection of all residents of all States, including non-indigenous communities and religious and ethnic minorities within State jurisdictions.

There will be reconstruction of destroyed homes and payment of compensation by State authorities for damage to property and livelihoods sustained during targeted attacks on communities.

Deceased victims of such violence will be duly accorded dignified burial rites.

There will be immediate public condemnation of all manifestations of hatred, targeted violence, and other hate crimes against ethnic, religious, and minority groups.

The leaders promised to ensure that innocent citizens and communities are not slandered, harassed, or victimized for the crimes perpetrated by criminal elements within those communities.

Furthermore, governors will organize town hall meetings in areas where ethnic strife have been recorded.

Posted by Dayoung on Friday, 19 February 2021 - Rating: 4.8
Title : FG, Governors agree to arrest, prosecute all criminals in Nigeria
Description : The federal government and state governors have agreed to join efforts for the immediate investigation, arrest, and prosecution of all per...

0 Response to "FG, Governors agree to arrest, prosecute all criminals in Nigeria"