Senate acquittal: Democrats may nail Trump with another strategy 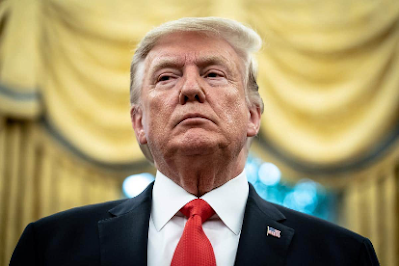 Former President, Donald Trump was acquitted by the Senate, but the Democrats are not giving up.

Although seven Republicans were in favour of his impeachment on Saturday, Trump was exonerated by a vote of 57-43 guilty – not guilty.

It was the 45th President’s second good luck at the upper chamber of the U.S. Congress in twelve months.

In February 2020, the Senate acquitted him after the House of Representatives’ conviction for abuse of power and obstruction of Congress.

Last month, the lower chamber again impeached Trump for the January 6 invasion of the U.S. Capitol. The charge was “incitement of insurrection”.

With Trump’s victory at the Senate, the Democrats may use another legislation to punish him.

The strategy is to block the ex-American leader from occupying any position in future – by election or appointment.

The Democrats might invoke the 14th Amendment of the Constitution. They believe this is realistic, considering only a simple-majority vote is required to nail their target.

The 14th Amendment says Congress can bar people who “engaged in insurrection or rebellion” from holding offices.

Trump called the impeachment trial another phase of the greatest witch hunt in U.S. history.

“No president has ever gone through anything like it… In the months ahead, I have much to share with you (Americans)”, his statement read in part.

Posted by Dayoung on Sunday, 14 February 2021 - Rating: 4.8
Title : Senate acquittal: Democrats may nail Trump with another strategy
Description : Former President, Donald Trump was acquitted by the Senate, but the Democrats are not giving up. Although seven Republicans were in favou...

0 Response to "Senate acquittal: Democrats may nail Trump with another strategy"