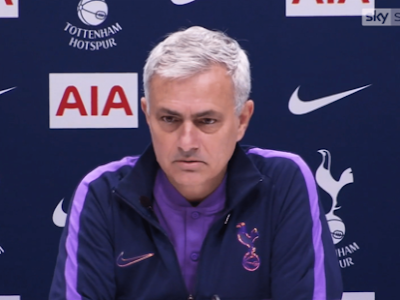 Tottenham Hotspur manager, Jose Mourinho, has pleaded with his players to make him look good against West Ham on Sunday.

Mourinho’s men ended their run of one win in six by defeating Wolfberger 4-1 away from home in the Europa League last 32.

Spurs now go to the London Stadium, with West Ham beaten just twice in their last 16 matches in all competitions.

Mourinho could prove the difference with the Portuguese boasting of an impressive record in London derbies.

Asked for his secret, he said: “We coaches are as good or as bad as our players make us. We depend a lot on them, especially coaches with a lot of experience and long histories, who went through every possible experience.

“We get to a stage of our career where we feel much more stable, much more humble and we realise with all the experience we have that the ones really responsible for our career are the ones that play for us.

“So hopefully at the weekend, the guys have a great performance and they can make me look good. Because they’re the ones that make us look good or bad.”

0 Response to "West Ham vs Tottenham: Make me look like a good coach, Mourinho begs players"